What is Configuration Management?

Configuration management (CM) is a systems engineering process for establishing and maintaining consistency of a product’s performance, functional, and physical attributes with its requirements, design, and operational information throughout its life.

Configuration Management Process – where does it fit?

Configuration management fits within an organizational hierarchy and connects the entire business life cycle, not just Software Development and Delivery.

Configuration Management (CM) ensures that the current design and build state of the system is known, good & trusted. It does not rely on the tacit knowledge of the development team. Being able to access an accurate historical record of system state is very useful – not only for project management and audit purposes, but for development activities such as debugging (for example, knowing what has changed between one set of tests and the next to help identify what could possibly be causing a fault). CM helps “human proof” your systems and helps to eliminate problems associated with knowledge of how a system needs to run being tied up in developer’s heads.

Some of the key benefits of Configuration Management include:

Disclaimer – we currently only use Ansible for Configuration Management – which limits our experience to just this software solution. Ansible comes in a Tower (Server / Commercial) or Desktop (Open Source) version. It also supports Windows configuration.

Instead of configuring servers directly, playbook scripts are written to tell Ansible how to configure the servers. Ansible can be “idempotent”, meaning it will avoid changes to the system unless a change needs to be made.

A template may designate a source and destination for an Ansible config -here’s an example setting the configuration and permissions on a file called file.conf (filenames have been changed to protect the innocent).

We use Ansible for managing the deployment of temporary or “responsive” architecture in order to ensure that mistakes cannot be made by someone else (or us) that impact the way an application needs to work.

One of our clients periodically experiences massive bursts of traffic and application use whenever they are mentioned in the news (TechCrunch, MSNBC, Viral posts) … in short .. they get massive spikes in their traffic and do not always have enough of a warning before this happens. Sometimes this happens overnight as other world markets operate.

We worked with their Web Host to monitor and deploy additional assets in real time as these spikes occur. Either we use Ansible to roll out infrastructure and add it properly to the network (when we have notice) .. or the web hosts uses Ansible based on discretion we have given them to add infrastructure.

Because our client’s application is a complex ecommerce engine (does accreditation of investors, evaluates funding requests, facilitates ACH into multiple accounts, DocuSign and compliance) – server configuration is very important.

This example is essentially a single web server & single Gallara MySQL node setup going to a large cluster and then back down again to its small state over and over again.

At one point we had 17 web nodes running with a Gallara High-availability MySQL cluster. A major configuration issue is ensuring that additional web nodes (App servers essentially) are provisioned in front of the Varnish cache server.

The above (2nd example) creates 2 points of failure and the potential for a cache miss – something the application cannot tolerate, nor can the user who has made a decision to invest $50,000 and is working through the process to do so.

What is the ROI for Using Configuration Management?

Some of the financial benefits contributing to positive ROI results found in leveraging Configuration Management include:

What does this mean for a typical project or client? 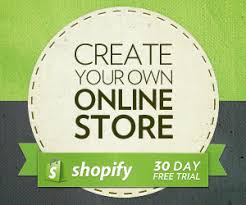